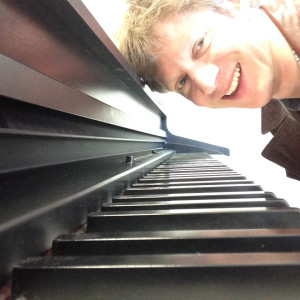 With over 1700 hours’ accompanying at Guildford School of Acting behind him, Michael has played -and worked on – literally hundreds of the standard musical theatre songs (as well as some pretty unusual ones!) as well as over a hundred pop songs.

If you are a singer or actor, Michael can play for your auditions, high-level performances or exams. To explore working with him,  click here.

Michael’s classical background and hundreds of hours of musical theatre sightreading experience means that he can read new music with style and accuracy. A jazz background also means he can play from a lead sheet (vocal line plus chords) or even just lyrics with chord symbols.

Since then Michael has worked with several London opera companies, including Focus Opera, UCL Opera, Opera Coast and Surrey Opera, and with Imagine That Productions. He has also worked with many singing teachers and played for classes in the élite London music colleges including the Royal College of Music, the Royal Academy of Music, The Guildhall School of Music and Drama and Trinity Laban.

Michael’s background as a conductor gives him a feel for orchestral texture and a sense of the right style for each epoch, composer and national style.

Michael has recently started accompanying  classes and auditions at the London music colleges: The Royal College of Music and The Guildhall School of Music and Drama.

To explore working together for a recital, audition or exam, please click here.